A leader on education, healthcare and economic development, Senator Eddie Lucio, Jr. is the Chairman of the Senate Committee on Intergovernmental Relations. The Combined Law Enforcement Association of Texas recently honored Lucio with their “Legislative Hero Award” for his achievements benefitting the families of fallen police officers.

In 1991, the Rio Grande Valley elected Lucio to the Texas Senate after two successful terms in the Texas House of Representatives.

Senator Lucio has championed healthcare for children with disabilities, equity in public schools, and veterans’ issues. A relentless advocate for the Rio Grande Valley and the ranch lands of the coastal bend, he improved access to higher education to strengthen the South Texas economy. His legislation authorized the creation of several colleges and universities in Rio Grande Valley including the University of Texas at Brownsville, a legacy institution to the University of Texas Rio Grande Valley (UTRGV), South Texas College (which now boasts an enrollment of over 30,000 students) and he is heralded as the father of the Regional Academic Health Center, a legacy institution to the UTRGV School of Medicine.

During his tenure as a member of the powerful Finance Committee, Lucio worked to secure state funding for South Texas infrastructure, which contributed to the designation of the first interstates in the Rio Grande Valley.

Lucio is also the Vice-Chairman of the Senate Education Committee. He played a pivotal role in safeguarding our most precious Texans by passing legislation requiring three-point lap shoulder belts on new school buses, and by expanding access to school nutrition programs.

The second of ten children, Eduardo Andres Lucio, Jr. was born and raised in Brownsville, Texas. A devout Catholic, Lucio grew up in the Bougainvillea Neighborhood – A Subdivision of the Brownsville Housing Authority where the challenges of his childhood have influenced the cornerstones of his legislative agenda.

He graduated with a Bachelor of Science in Education from Pan American University (a legacy institution to UTRGV). He became an educator and a coach in the Brownsville Independent School District prior to pursuing public office.

Senator Lucio is married to Herminia “Minnie” Cerda. They have two children Lynda Anne Cisneros (Carlos), a public school counselor, and Eddie III (Jaime) an attorney, who is serving his fourth term in the Texas House of Representatives. He is the proud grandfather of “three termites and two princesses,” Carlitos, Alex, Anna, Olivia Rose, and Eddie IV.

As he prepares for the next Legislative Session, Senator Lucio is guided by the values he learned growing up in Brownsville, which were enriched as an educator and cultivated in the corridors of the State Capitol, putting people first and advocating for the hard-working families who are deep in the heart of Texas. 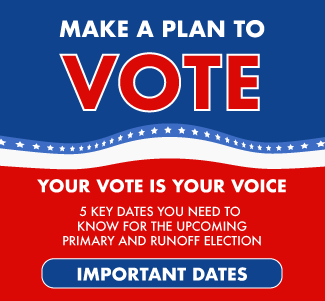